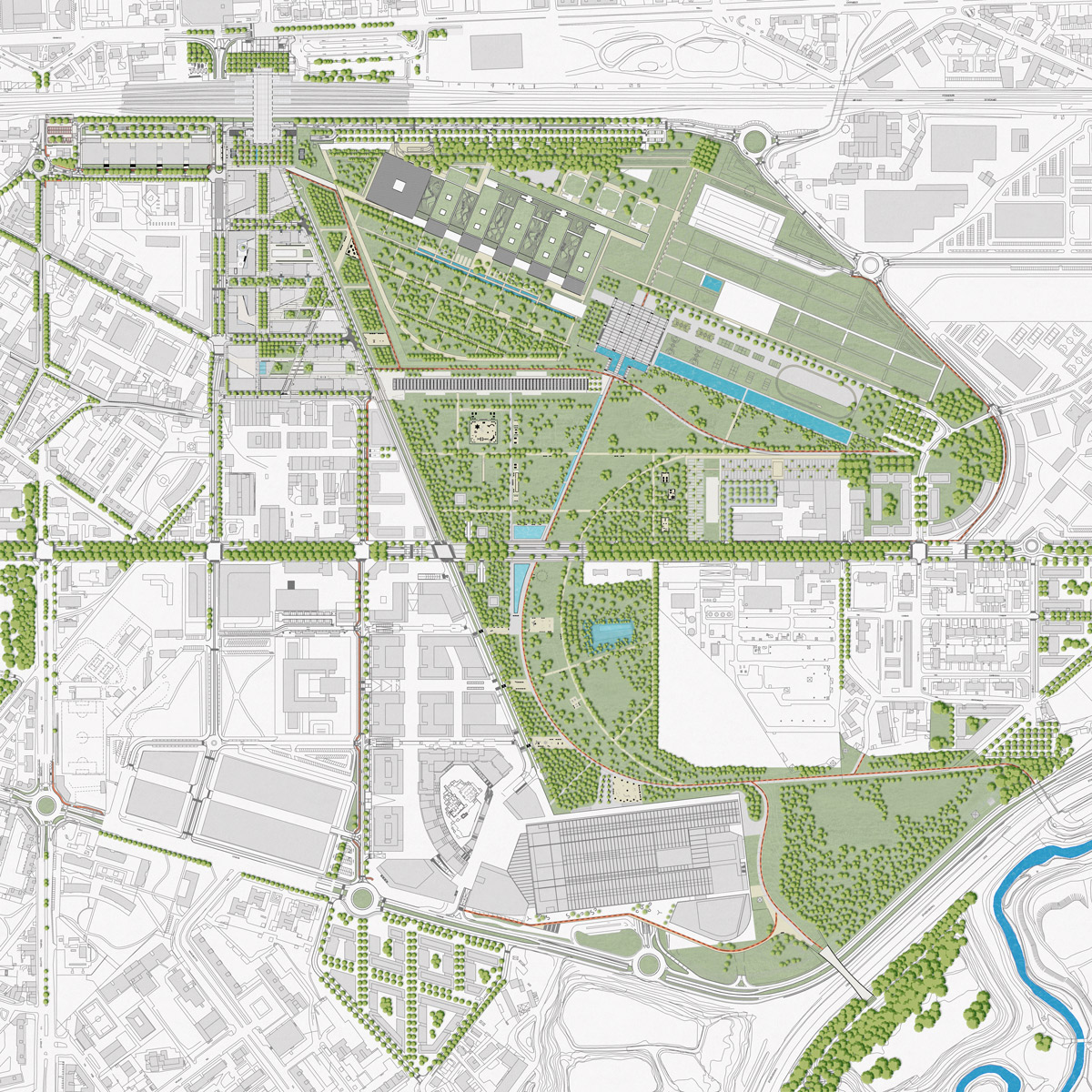 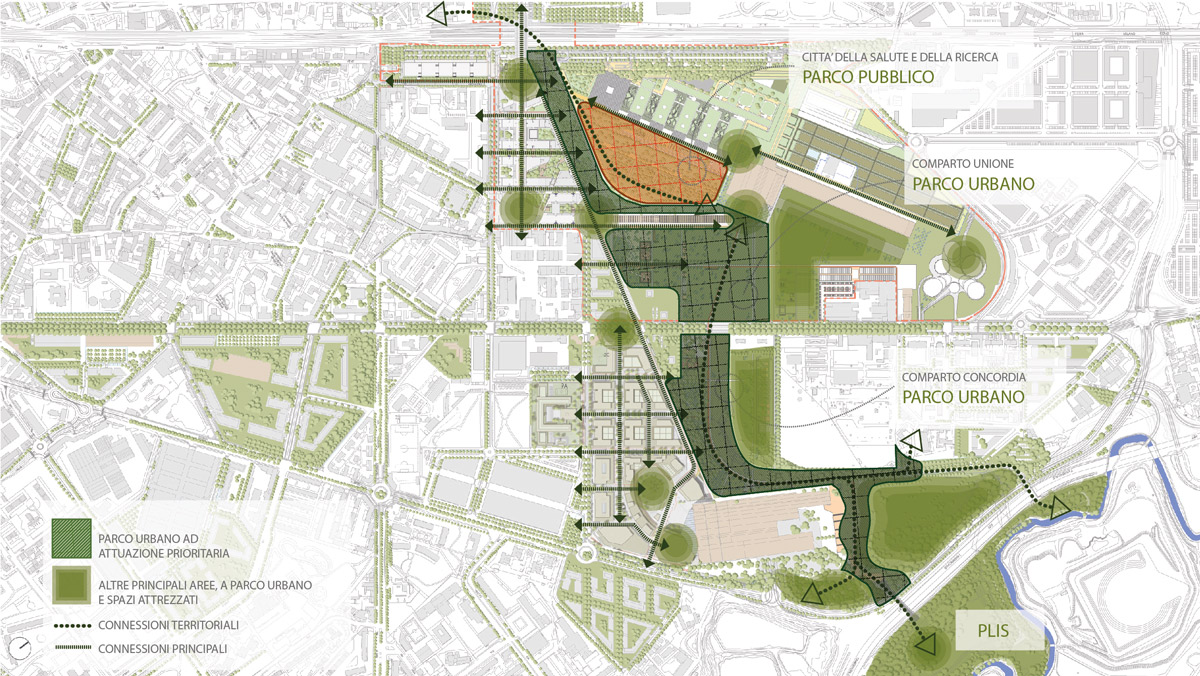 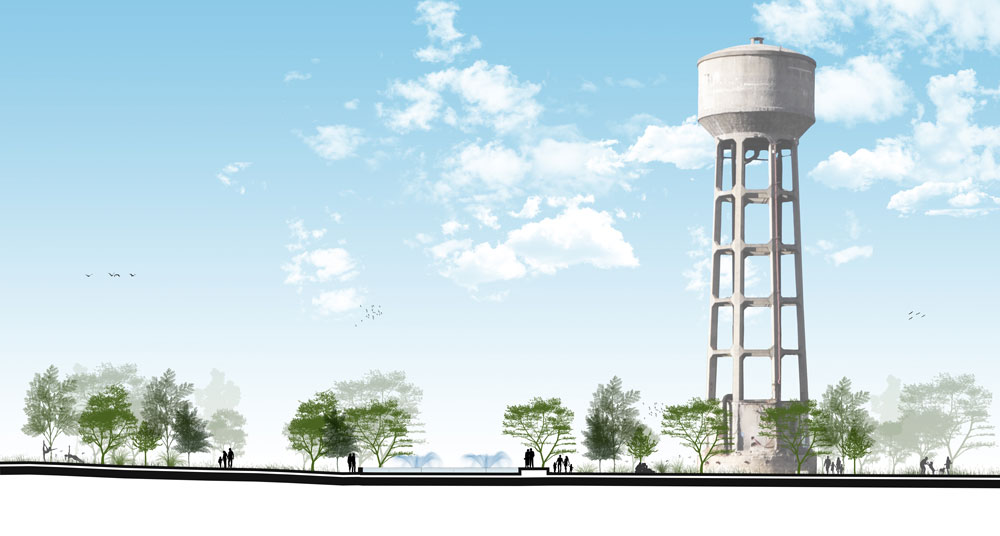 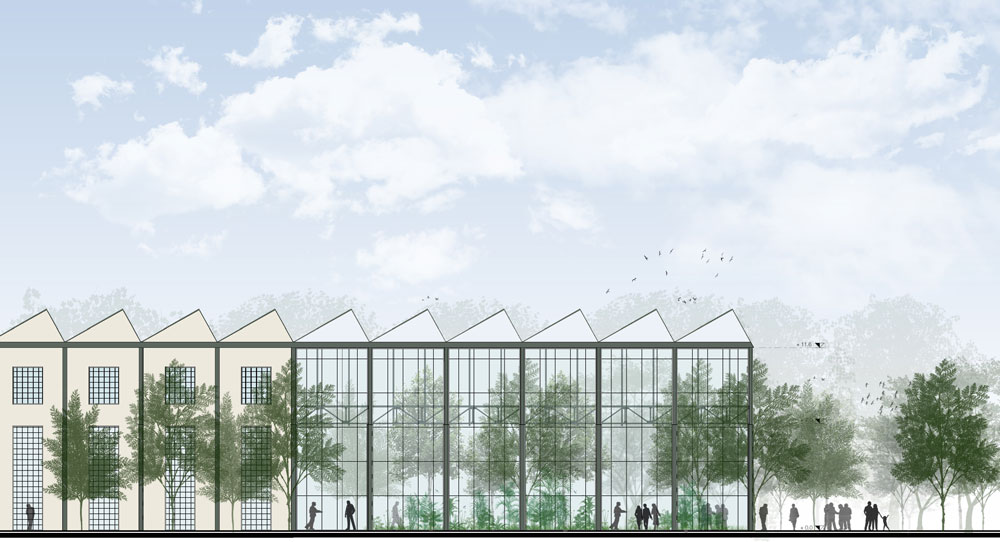 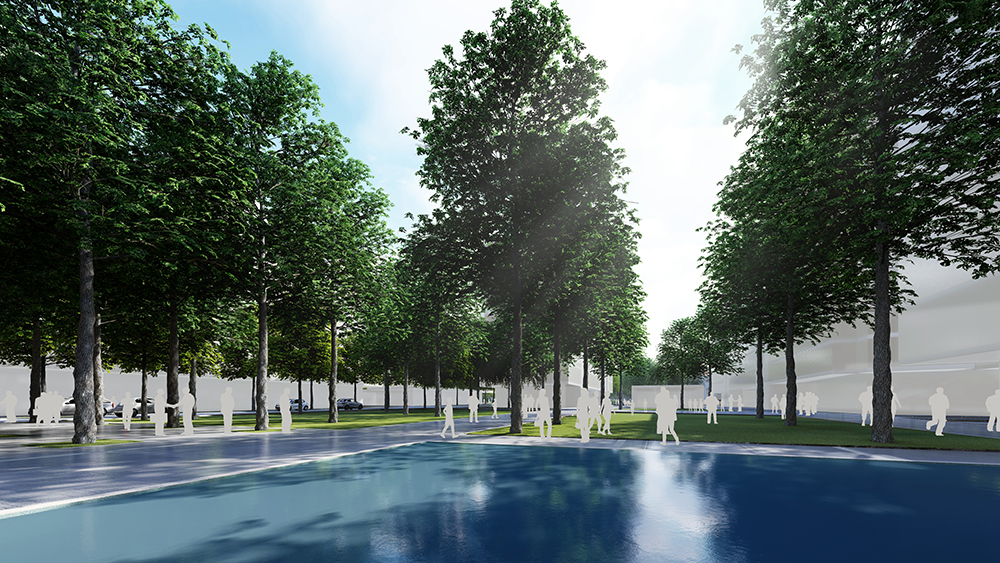 The new Masterplan of the ex-Falck location includes an urban park that extends over an area of 310.000 square meters connecting the two sectors known as Unione and Concordia. It is a green area open to the public, without barriers, around which public, private and commercial spaces will be located.

Within the green system, in addition to the structures that are typical of a park, there will also be areas for play and gathering, bike paths and jogging trails. According to the Governing PII, the areas designated both to the park and green spaces are connected without interruption to those belonging to the “Città della Salute e della Ricerca” (“City of Health and Research”) which, with no fences, remain completely open to the community. Together the two green areas have an extension of more than 500.000 sqm.

The park design is developed on four fundamental levels in the transformation of the site:

The cardinal direction east-west corresponds to the path of the sun but also to the maximum extension of the park, from the path of the railway, beginning at the city’s center to the west, and extending to the Parco Media Valle del Lambro in the east, with a planned connection above the bypass. The axes (and their perpendiculars), correspond to the structural system of the large industrial plants.

A system of canals, inlets, ponds and the mirrors of water under the buildings T5 and the water tower, will outline the general structure of the composition. These elements will not only constitute interesting attractions for many types of recreational activities, but they also represent important elements within the context of the landscape.

3) The modelling of the terrain.

In the park’s large green areas, the currently flat level of the soil is modelled with a progressive elevation towards the eastern edge, reaching the T5 building at the height of its ground floor. It will strengthen the continuity between the built areas and the park.

The fundamental element of the vegetative structure is the wooded field, which is composed of various systems and grouping. This kind of structure avoids interruptions and creates different perspectives, views and the sequential perception of scenes.