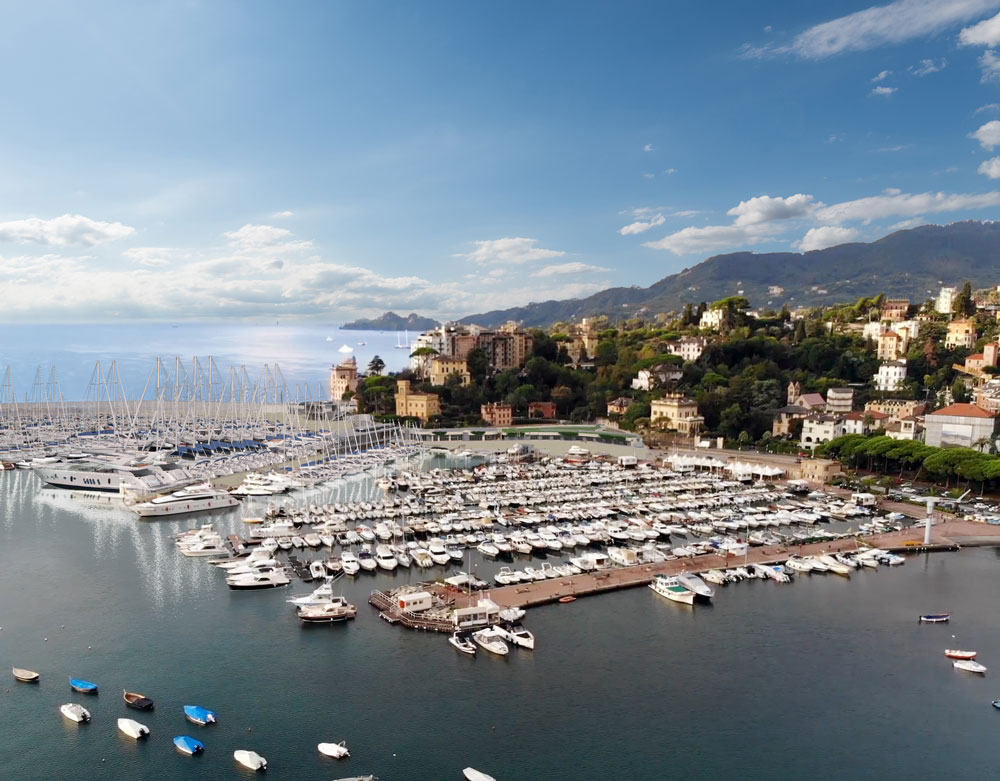 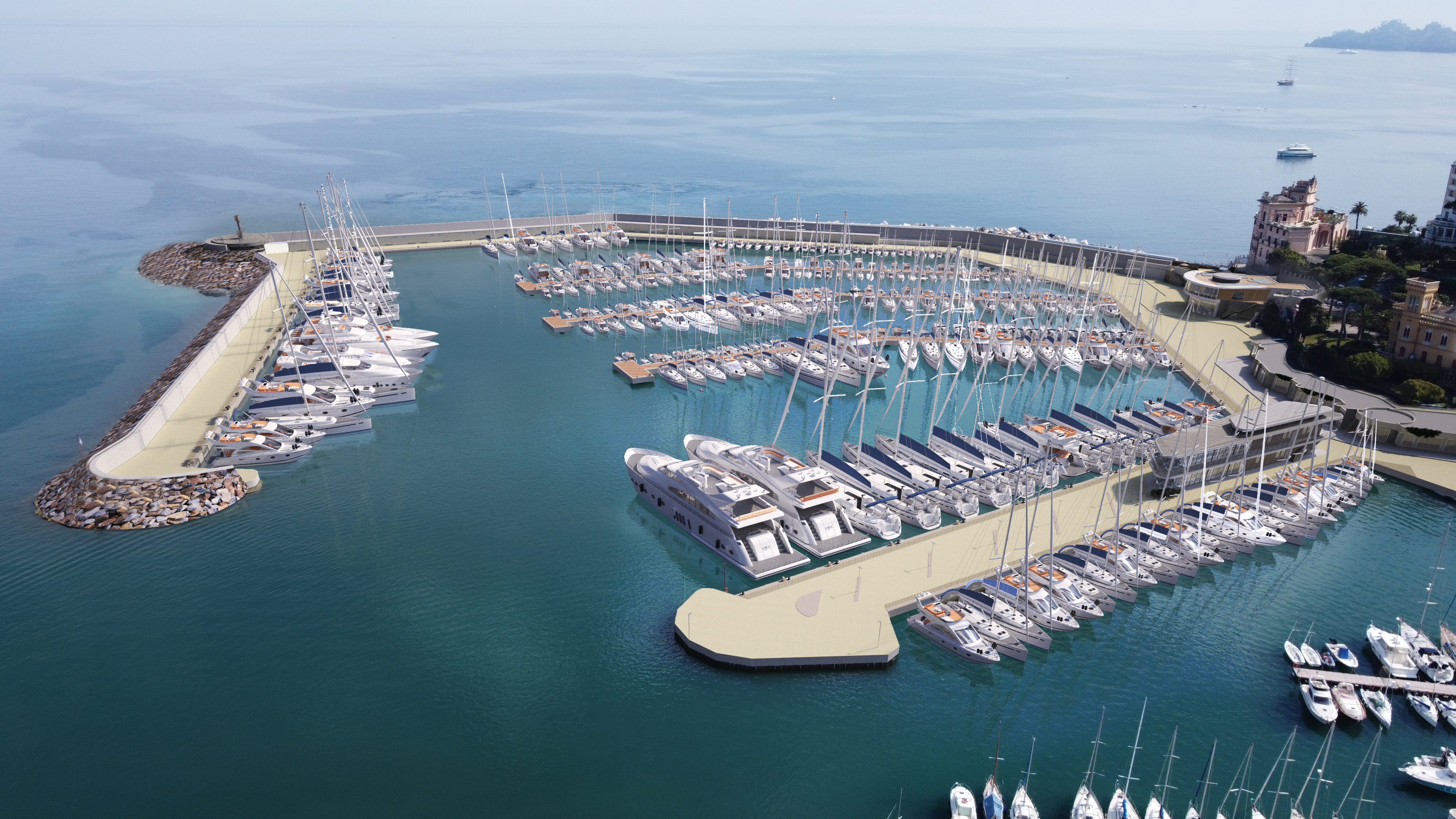 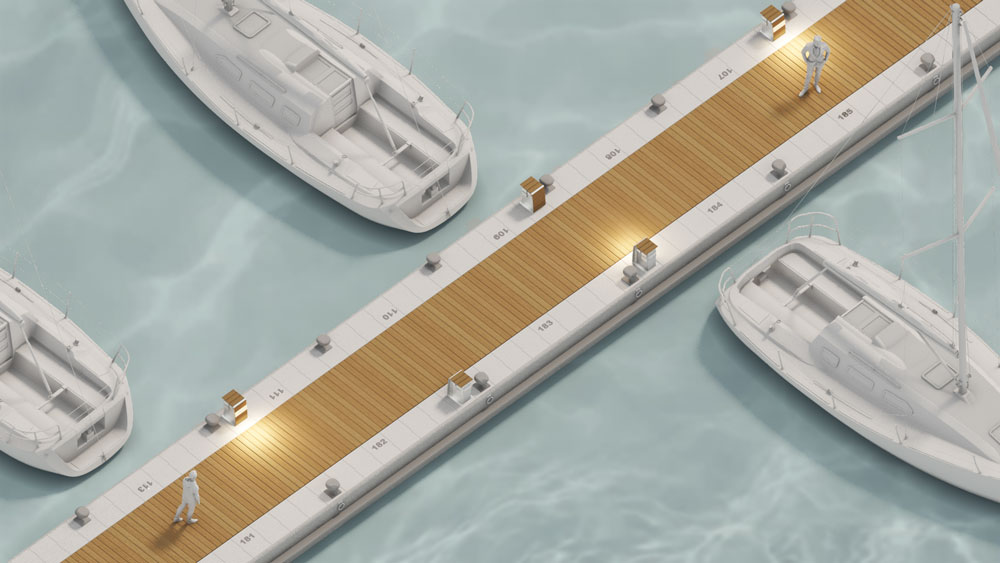 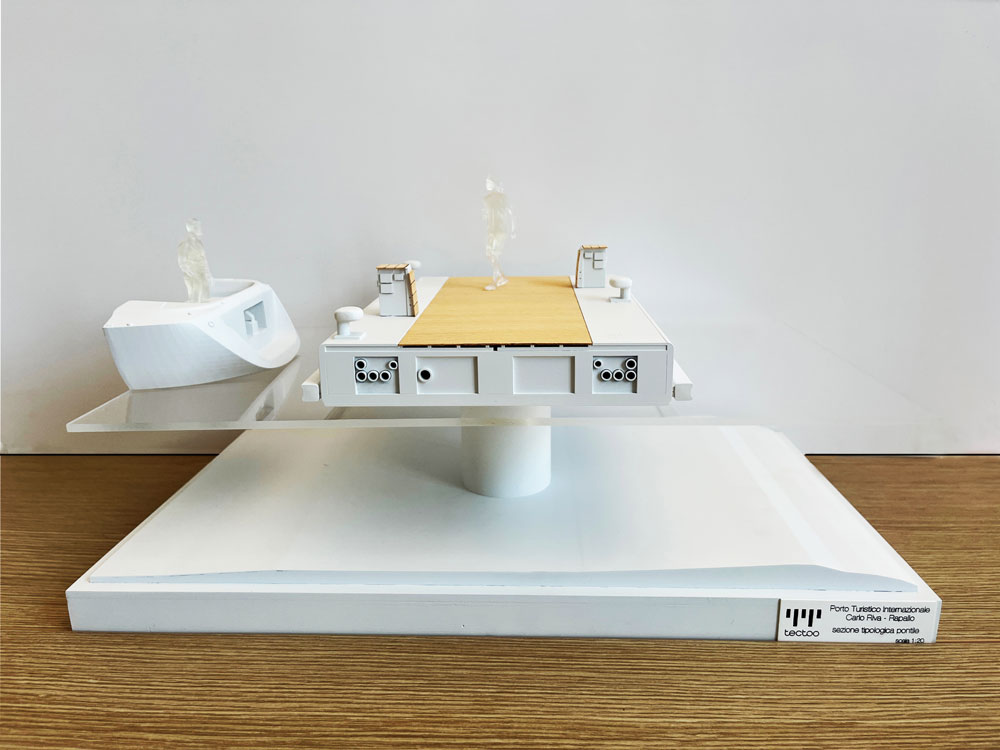 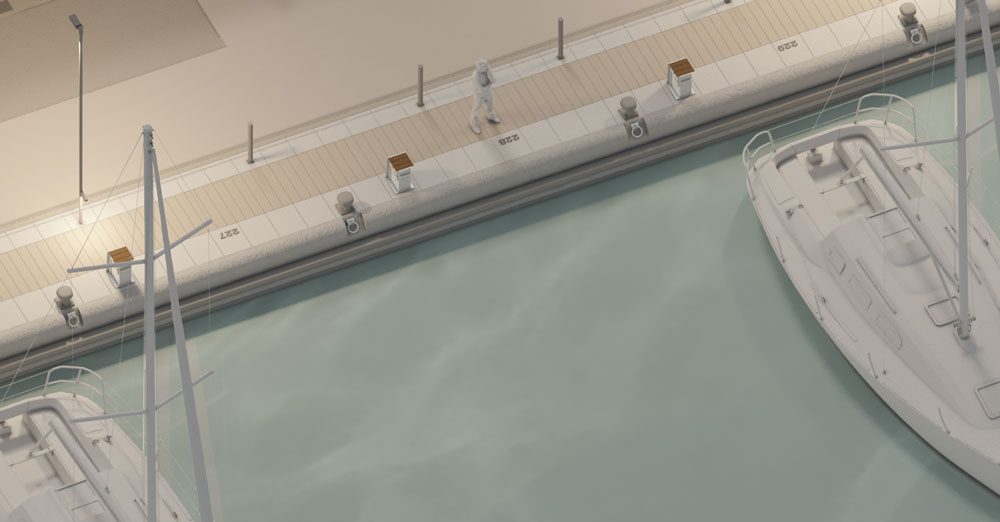 The town of Rapallo is located near Portofino on the Ligurian coast, approximately 30km east from Genoa. It sits on an area that has been developed since 700 BC, man-made to such an extent that it masks the original morphology of the area through the construction of buildings, roads, excavations and embankments.
The international tourist port of Rapallo -Porto Carlo Riva- was inaugurated on July 26, 1975, being the first private port built in Italy. On October 29, 2018 the Ligurian territory was hit by a violent storm. The violence of the waves was so high as to cause damage throughout the coastal strip between Rapallo and Portofino. The damage to the structures of the Port was enormous. The exceptional wave heights, never recorded in the entire history of the port, have even caused detachment of boats from the moorings, drifting and sinking a high number of them.

Following this event, a Safety Implementation Plan was drawn up. This plan aimed to restore the safety conditions of the sea defences. Starting from the South pier (Diga Foranea), up to the reconstruction of the entire marina in view of the restoration of its operational functionality and the consequent resumption of port services.

The project aimed to immediately define the works and interventions necessary for the reconstruction of the marina and the restoration of the functionality of the port. The goal is not only to meet the expectations of port users, but above all to offer the city of Rapallo a port updated in terms of functionality and quality, not only in the services but also in the materials used. Great attention is given to sustainability and durability of the products and interventions proposed. Proceeding towards solutions that guarantee minimum environmental impact, through the choice of natural raw materials, recycled or renewable products, and production processes with low energy consumption.

The reconstruction project of the marina is developed based on the key idea: to provide a clear distinction between all types of flows involved in the dynamics of the port -People, cars and boats-.
The pedestrian and cycling paths are designed parallel to the mooring lines as a continuous walkway that embraces the entire port, welcoming visitors from the piers and boats moored on the quay and along the piers, while connecting all strategic points of the port. The new walkways have been interpreted as a natural extension of the city, bringing the whole marina into the urban experience of Rapallo.
The material proposed for the pedestrian paths is sintered stone, which combines quality and resistance with durability and aesthetics. It was chosen a bright tone in order to limit the heating of the material due to the long exposure to the sun. The same material was used for the finishing of the quay’s crowning curbs, defining backgrounds with a different rhythm of the slabs.

For the driveways it has been proposed a type of asphalt coloured by hot-mixed colouring pigments with a bituminous conglomerate, consisting of a mixture of small stones and grits, sands and fillers. The colour used is similar, but darker than the pedestrian paths. This allowed to better integrate with the landscape and the general image conferred on the port. There are also bollard elements with regular pitch to delimit and protect pedestrian paths from those suitable for vehicles. This clear demarcation between pedestrian and vehicular flows is also supported by the lightning strategy.

For the piers, the project involves the construction of new decks and the precast structural elements to replace the elements damaged during the storm. The walkable surface of the piers is covered in WPC slats, a product 100% recyclable and environmentally friendly. The central walkway of the piers, in WPC, will be flanked at the edges by slabs of sintered stone along the area intended for bollards and service columns.

The masterplan is completed with the remaking of the former control tower, and the refurbishment of yachting club and the commercial area.

From Concept Design to
Construction Drawing
Currently on Site