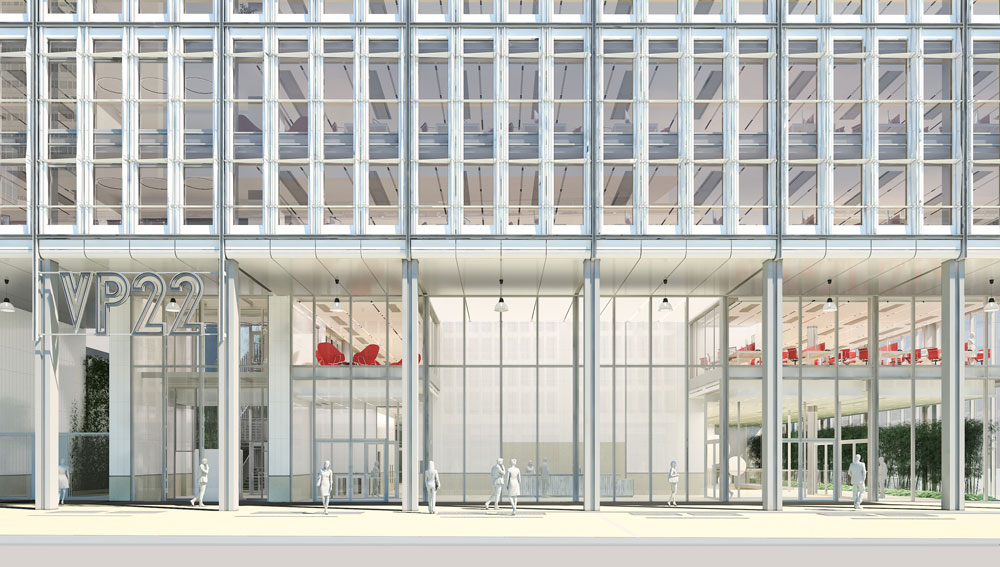 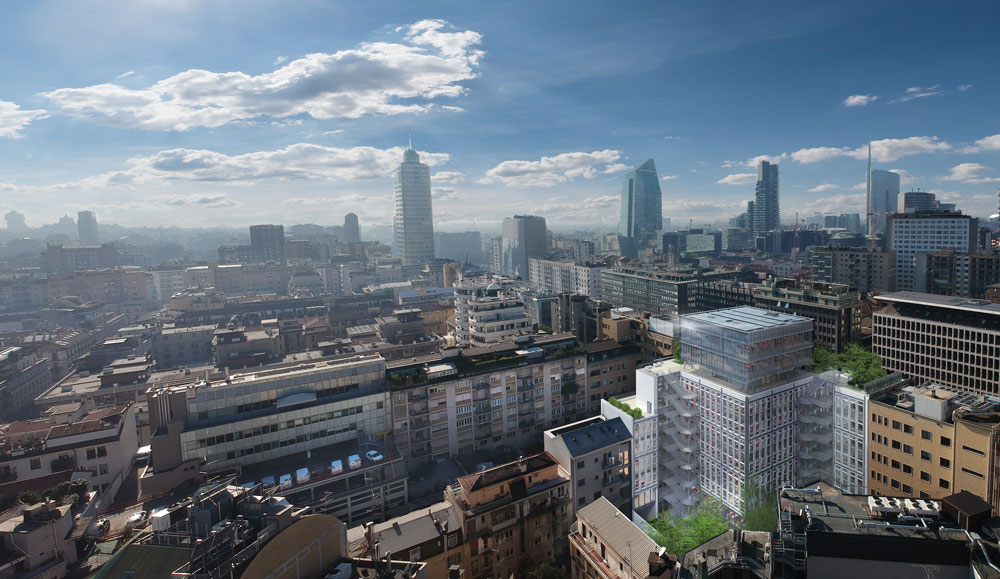 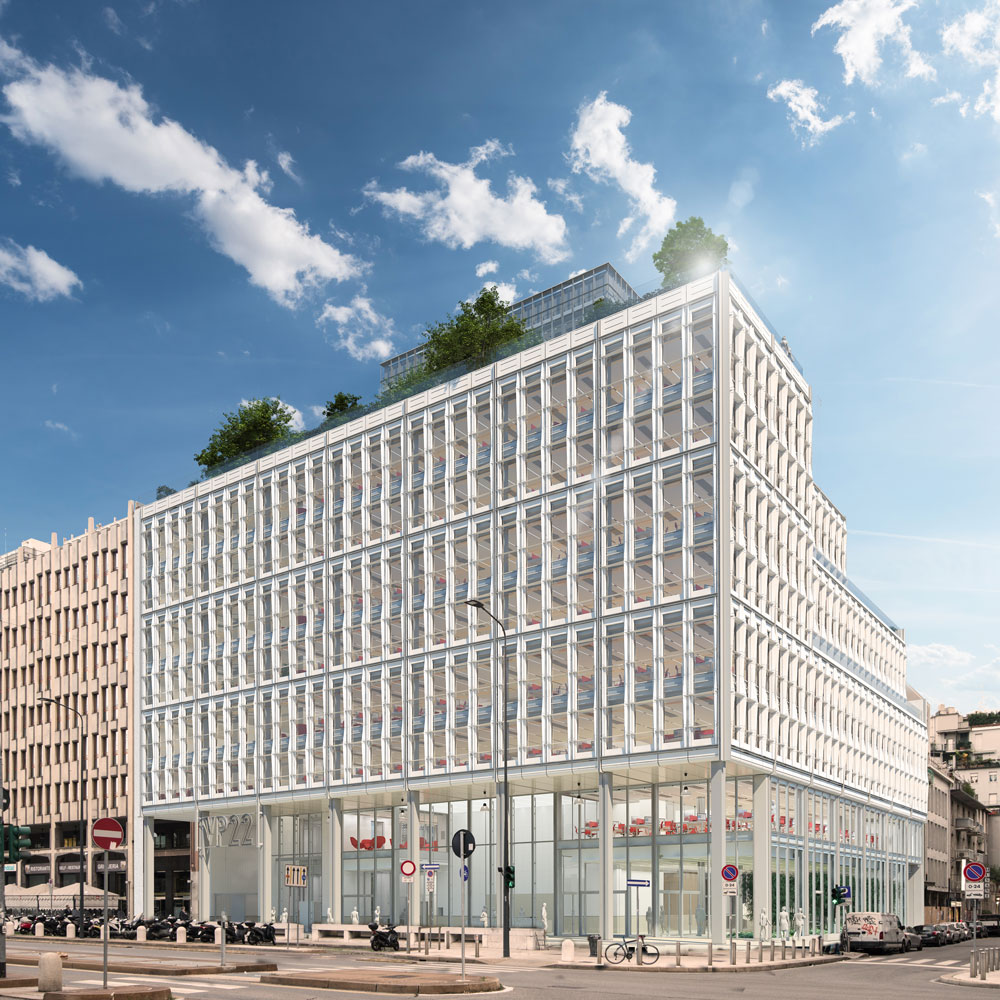 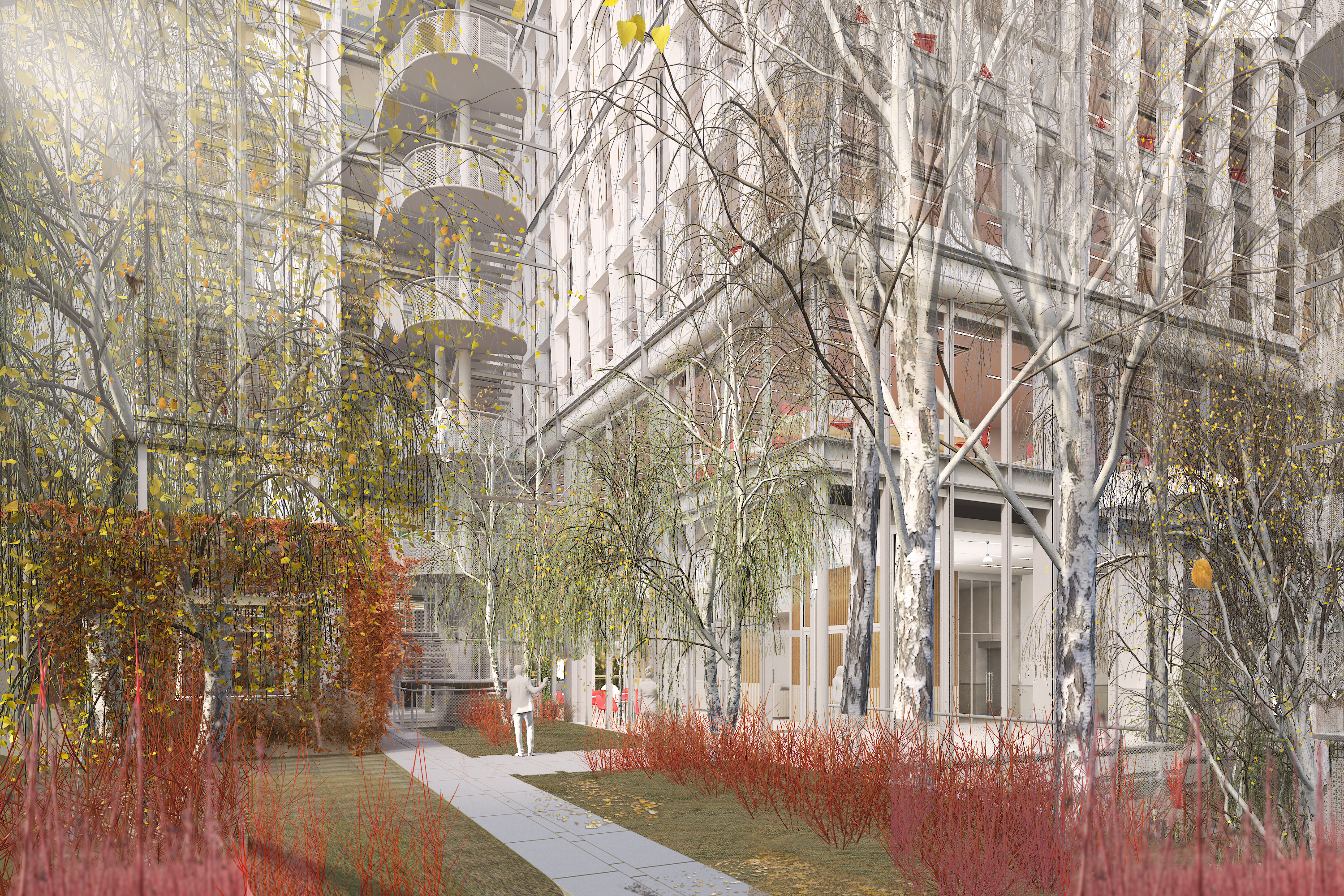 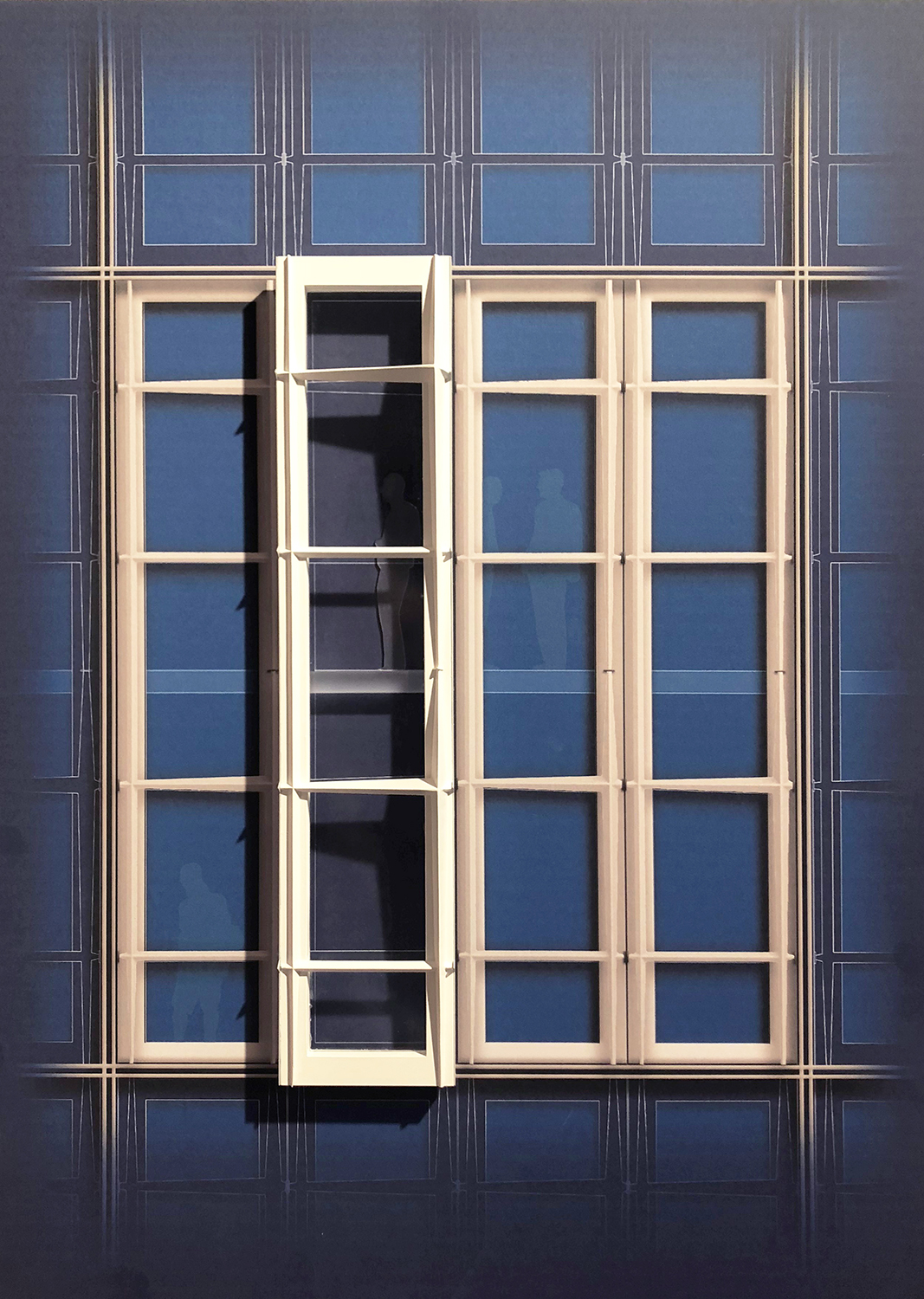 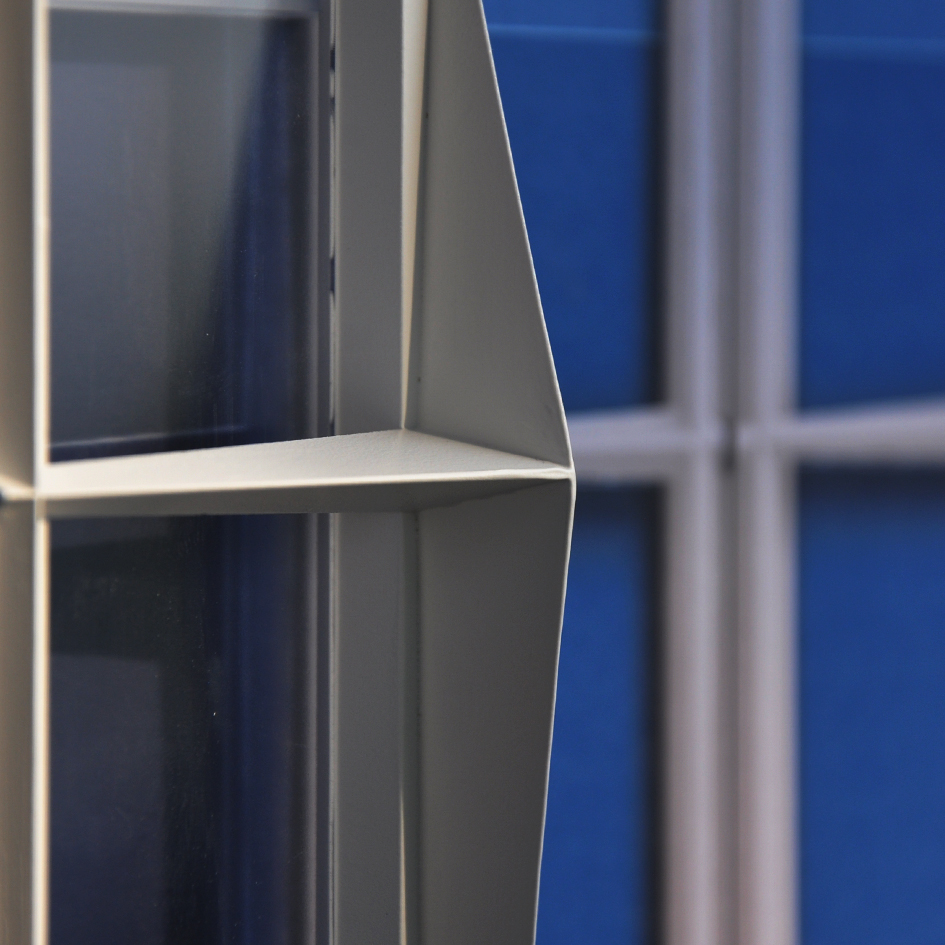 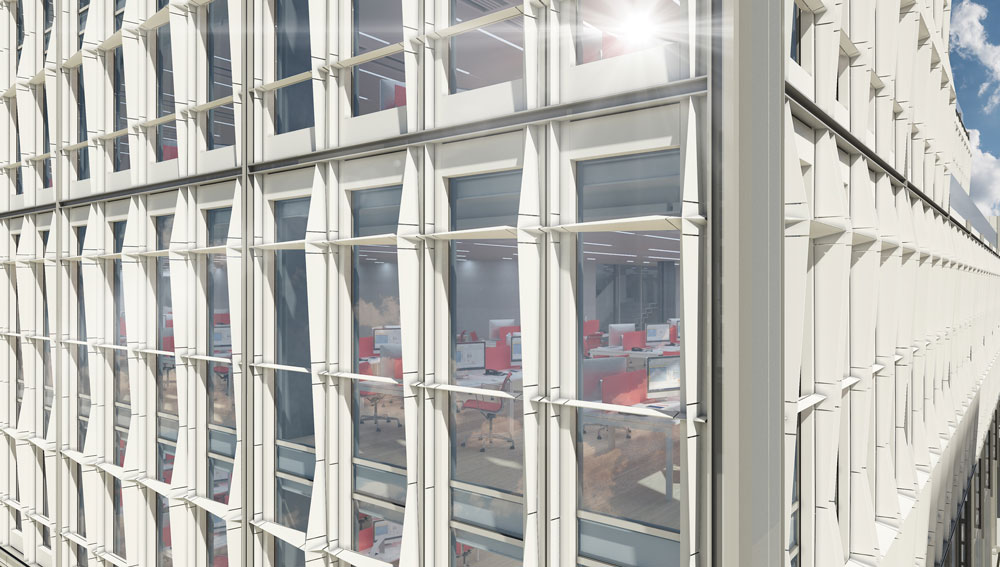 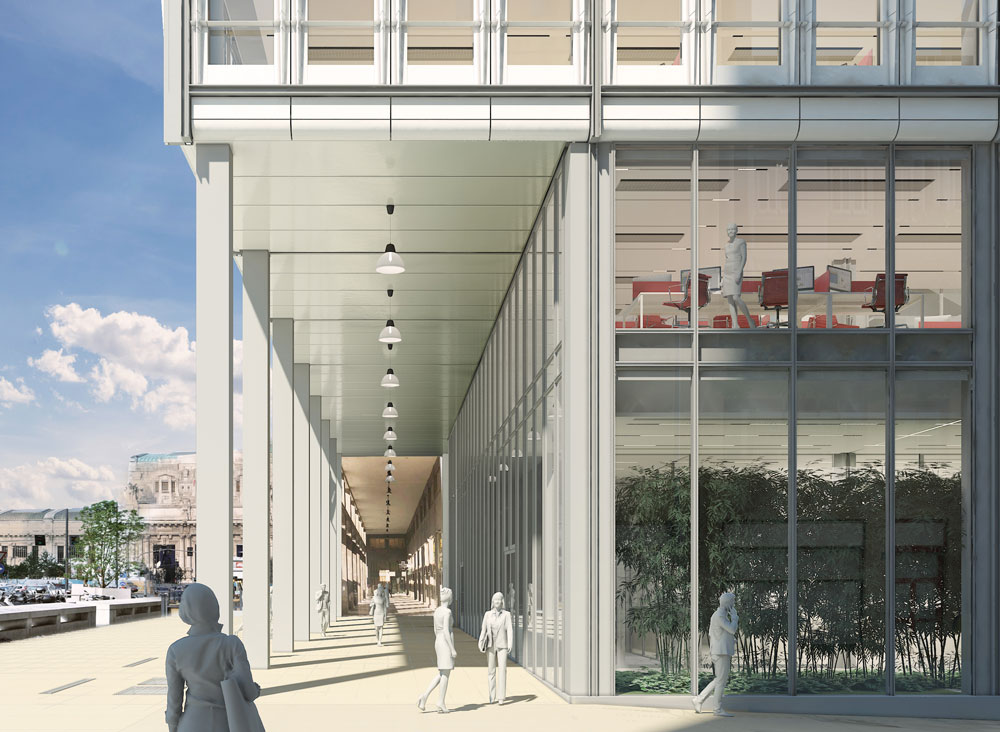 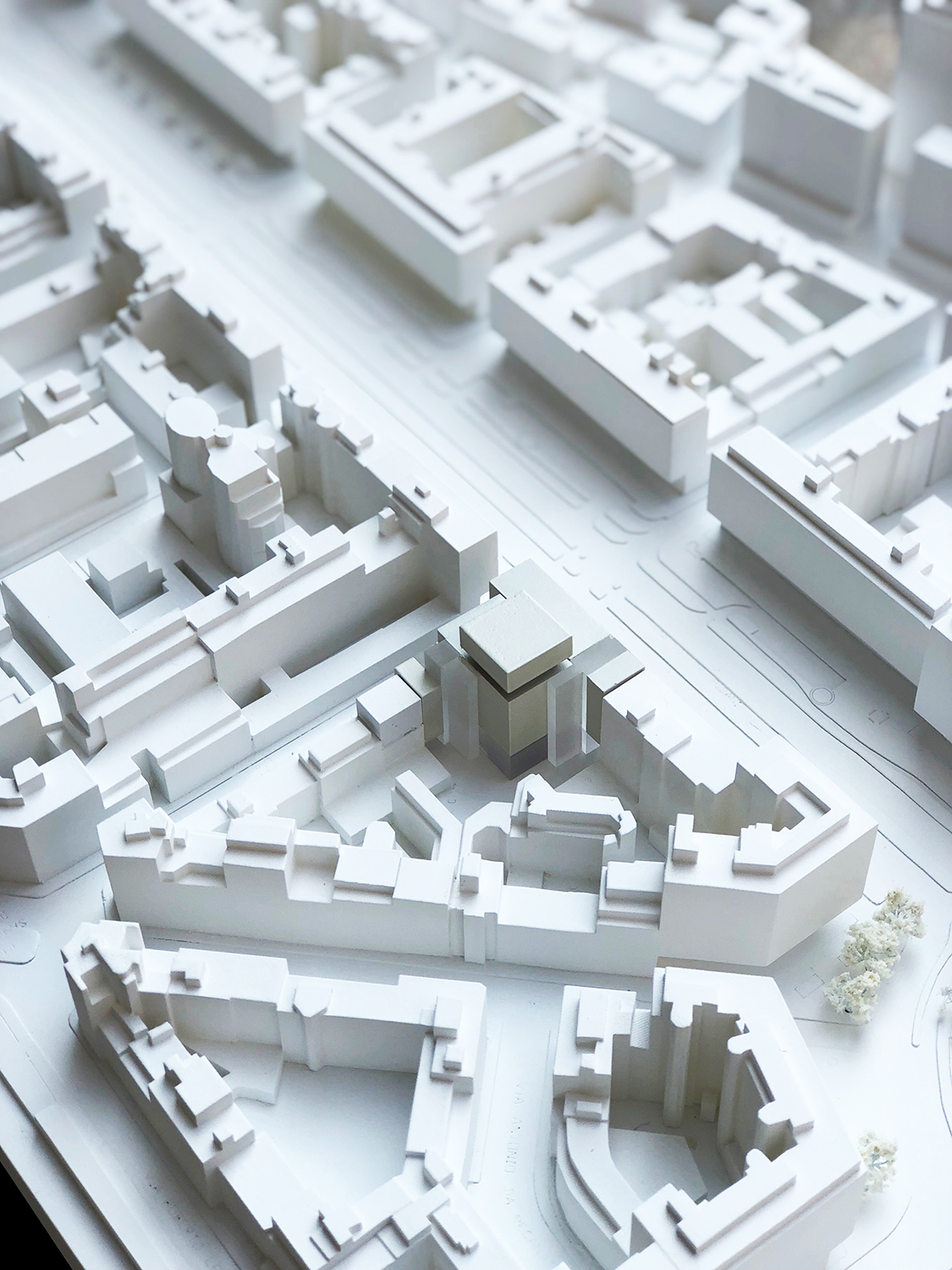 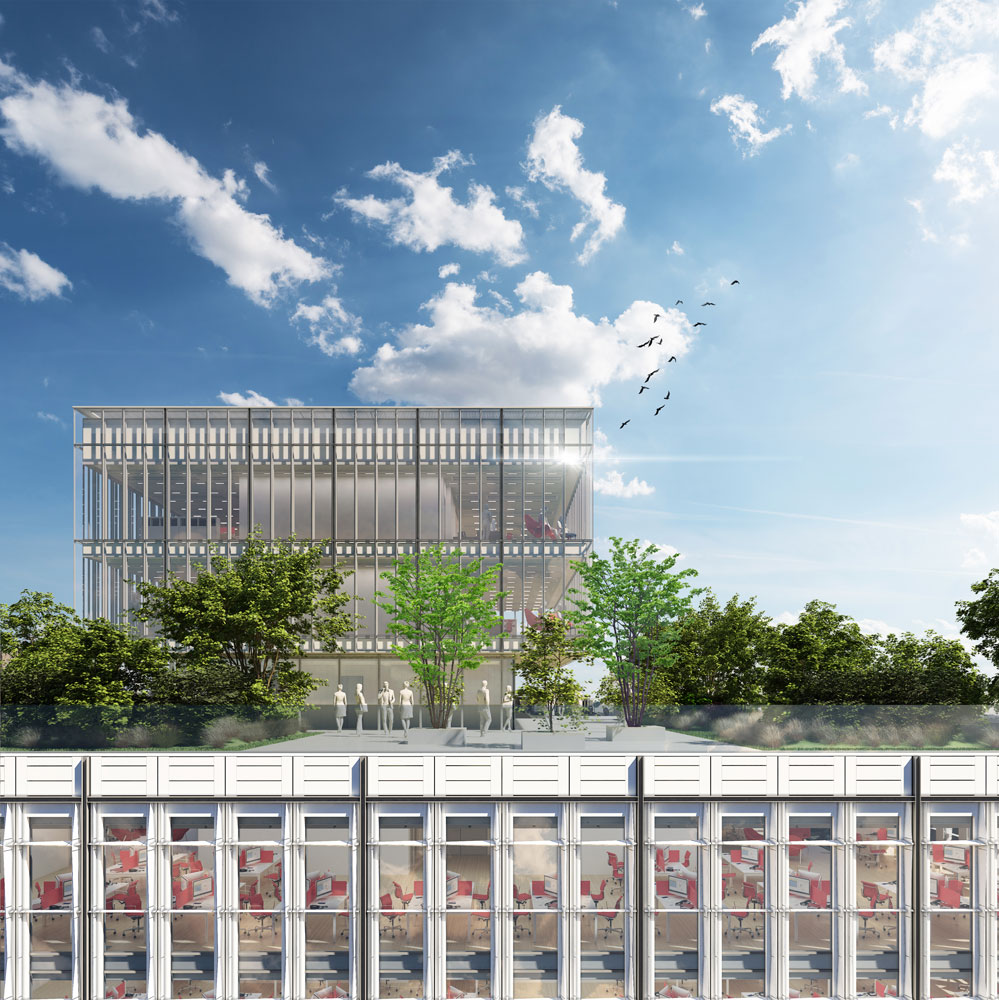 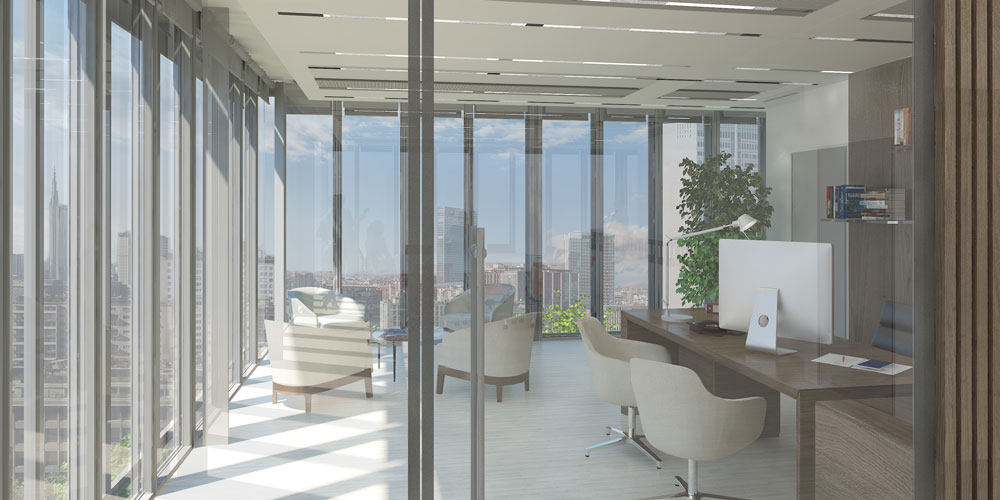 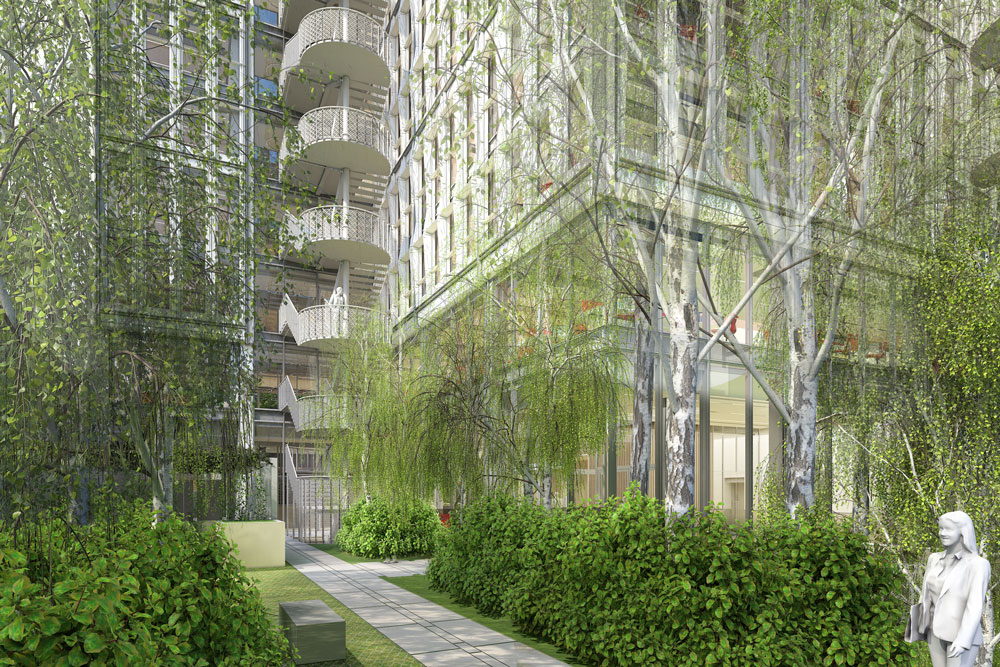 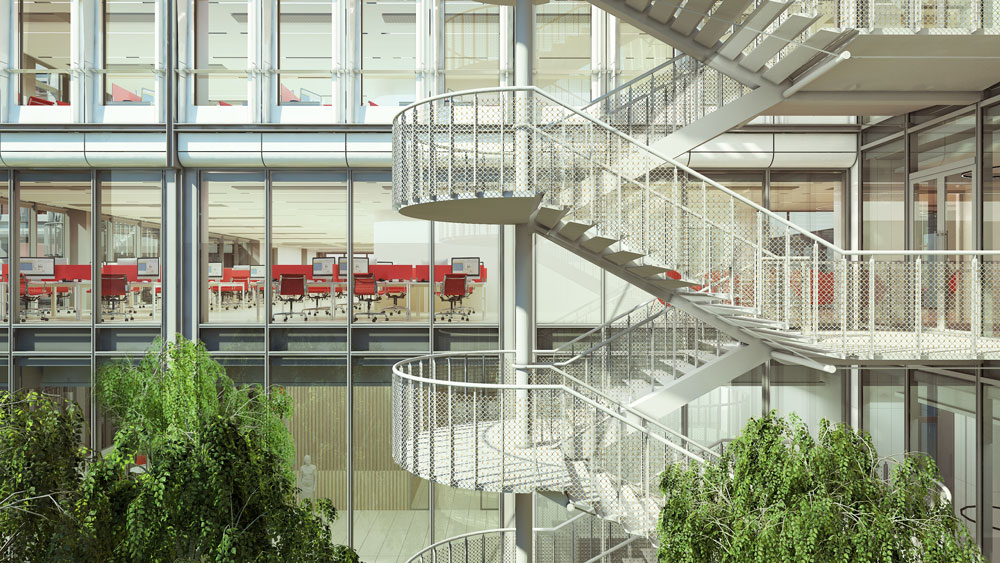 The project proposed by the development company A.M. Holdings on the site of Via Vittor Pisani 22, by the Central Station of Milan, is located in a contest characterized by its strong urban planning and architectural elements. These characters play a fundamental role in guiding the project through its development given the high sensitivity on the planning aspects.

The volume, considering the site limits, has been designed to maximize the gross surface currently on site while respecting the alignment with the adjacent buildings, the façade line, the level of the arcade confirming the proportions and the rhythm of the columns representative of the vertical character of the whole boulevard.

The office development is characterized by the presence of an additional volume above the big terrace at level 8, where the most representative offices are located, fully transparent with a 360°-degree view on Milan’s skyline. The main volume of the building is constructed by a pre-assembled modular curtain wall system characterized by extruded white ceramic elements with an additional layer of shading devices. These elements called “ceramic trees” have been designed as custom design ceramic shapes added to the façade.

The study of the façade was developed through solar studies to understand the lighting condition of the internal environment testing the solar path around the building through the seasons. For this reason, these “ceramic trees” have been customized identifying four different typologies according to their orientation creating a different perception of the façades.

In order to produce a solution in line with the highest standards of energy efficiency achieving a LEED Platinum certification we are aiming to guarantee the highest results in terms of building envelope performances as well as the highest efficiency for the MEP. Leading-edge structural solutions enabling building speed on site and an important presence of the green in the courtyard as well as within the building towards the roof, are completing the overall architecture look.

The ground level with the double high lobby is characterized by the transparency of the public spaces opening views from the boulevard and the arcade towards the internal courtyard.

From Concept Design to